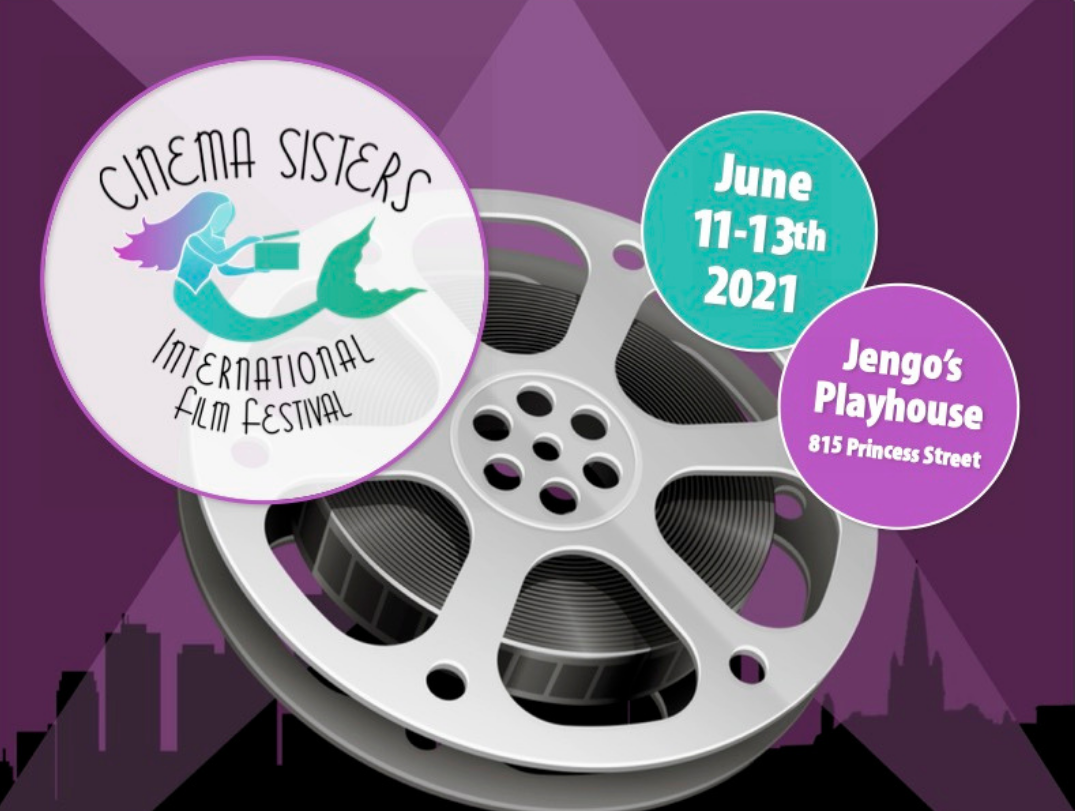 As a woman-owned and operated business, Coastal Select Properties (CSP) is excited to sponsor the upcoming 6th Annual Cinema Sisters International Film Festival (CSIFF) from June 11 - 13 at Jengo’s Playhouse in Wilmington. CSP has proudly supported this organization since its inception and, this year, the festival is being directed by CSP Owner/Realtor, Tricia Delp Ireland!

In 2016, CSIFF was born out of a local collective, WilmFFilm, which was started by storyteller Rebecca Bush in 2014 from a desire to gather and provide support to local, like-minded women interested in film and the art of filmmaking. CSIFF continues with its tradition of showcasing the works of female filmmakers - and filmmakers who identify as a woman and gender fluid/non-binary folks who identify with womanhood - from all over the world in an effort to encourage and support their sister filmmakers.

Ireland, also a member of WILMFFILM, was involved with last year’s festival and worked closely alongside CSIFF’s founders and filmmakers Rebecca Bush, Christen Christain and Patti Mason. “Running the film festival requires a lot of time and organization and when the founders realized that they would rather be making films than running the actual festival, a decision had to be made as to whether we would keep the festival going or call it quits,” explains Ireland. “I believed that the festival had some room for growth and I decided to embrace the challenge of directing the 2021 festival.” Not a small task considering that additional adjustments were needed for running a film festival during a pandemic. Ireland made the decision to push the festival from its usual premiere in March to the month of June instead to accommodate pandemic restrictions and allow for the possibility of hosting an in-person venue.

This year’s festival received a whopping 183 film submissions from 33 countries - more than double the number of submissions received last year. A group of 29 screeners from around the country viewed the submissions and provided feedback to select the final 61 films that were accepted and scheduled to be featured this year. Ireland credits her terrific programming committee, including several Wilmington locals:  Pam Gonzalez, Nancy Sandy, Lisa Hyatt, Francine DeCoursey, Kimberly West, Alex Austin, Rosemary Harrington, Fred Ireland and Colleen Keefe for the success of obtaining generous sponsorships and planning out the details of the 3-day festival. “The Wilmington community’s overwhelming sponsorship support is allowing us to include some fun things at the festival like SWAG bags, free passes and party tickets for attending filmmakers; a free breakfast and filmmakers roundtable discussion on Saturday morning; live music; as well as a few other surprises! Additionally, the generous financial contributions and CSIFF’s newly achieved non-profit status has prompted us to initiate a grant program this year to benefit local female filmmakers in an effort to support the arts and to give back to our own community,” Ireland shares proudly. “It has been a lot of work but seeing the results in terms of the quality of films submitted, the enthusiasm of the filmmakers, the dedication of the programming committee and the help we have received from other, more established festivals (a special thanks to Dan Brawley at Cucalorus for answering my one million questions!) has really been incredible. We hope to grow a bit more each year and expand the grant program as well.”

The 6th Annual Cinema Sisters International Film Festival kicks off on Friday evening, June 11, at Jengo's Playhouse at 815 Princess Street with actress Casey Wilson (co-writer and co-star of the movie, Bride Wars) hosting a Live Zoom Q&A for attendees, followed by the feature film, The Hive, and a meet-and-greet with a local beekeeper. Saturday’s lineup includes four blocks of shorts (showcasing the myriad and complexities of relationships, dance/animation/musicals and suspense) and a New Orleans-themed after-party. Sunday commences with three additional blocks (highlighting familial relationships, comedy and identity). For more information and to purchase individual block tickets, student discounted passes, all-access passes and after-party tickets go to www.csiffilm.com or https://filmfreeway.com/WilmFFilm/tickets.