We are Cuckoo for Cucalorus! 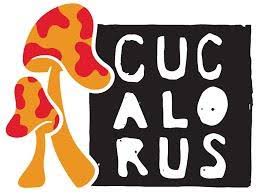 CSP is honored to sponsor the upcoming 26th annual Cucalorus Film Festival scheduled for November 11th – 25th in Wilmington. According to Cucalorus’ website, the festival’s “spirited celebration has been recognized as a breeding ground for young artists, new ideas and future collaborations. Cucalorus brings together emerging creatives with new ideas that challenge us to look at the world in new ways.”

COVID-19 has wreaked havoc on the arts industry this year and the Cucalorus festival team was challenged to be even more creative to execute this year’s festival while complying with social distancing measures. Historically a 3-day event, this year’s festival will span two weeks and will screen most films online via live events or streaming on-demand, with six films being showcased at the drive-in movie theater on University of North Carolina - Wilmington’s campus.

While this year’s selections have been scaled back compared to prior years, there are still plenty of offerings to choose from with a lineup of 95 films including documentary and narrative features as well as 77 short films which have been curated into blocks named after mushrooms, like King Oyster, Powdery Piggyback and Witches Butter to name a few. Opening night will feature two films:  Mo Scarpelli’s El Father Plays Himself and Sabrina Merten’s Time of Moulting.

In addition to film screenings, the festival also features opportunities for participants to gather virtually to enjoy live stage performances by various artists, dancers, comedians and musicians including Wilmington’s own Julie-Ann Scott-Pollock. The Cucalorus Connect conference will include a week of 90-minute facilitated conversations via Zoom for discussions about race and the relationship between storytelling and action. One session scheduled for discussion includes “Impolite Conversations about Race, Education, Justice and Health” hosted by Rebecca Trammel and Kevin Maurer.

Individual tickets as well as festival passes, ranging from $50 - $125, are on sale now.

CSP owner, Tricia Ireland, is a huge fan of the Cucalorus Film Festival and it is one of her favorite annual events in Wilmington. According to Ireland, “Cucalorus champions diversity, community and inclusivity and that makes it a great fit for our company’s nonprofit giving program. Supporting the arts locally is so important – now more than ever. Wilmington has so much to offer with the river, the historic district and the ocean nearby. A vibrant arts and culture scene makes the area even more appealing, not only to tourists, but to folks looking for a new place to call home.”

Cucalorus is a 501(c)(3) nonprofit that relies on funds from individuals, businesses and grants to fund its annual celebration. For more information and to purchase tickets, go to cucalorus.org.